The Triumph of Hypothetical Evil over Real Evil 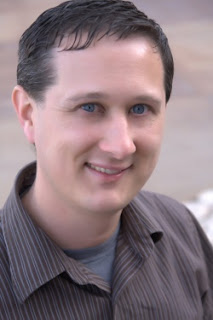 There’s a famous maxim that says, “The only thing necessary for the triumph of evil is for good men to do nothing.” Though Wikipedia says otherwise, the statement is often attributed to Edmund Burke.

I doubt that Wikipedia will give me the credit for this 200 years from now, but I’d like to take a crack at a counter-point to Burke’s famous maxim anyway: Sometimes evil triumphs not when good people do nothing, but when good people fail to distinguish between hypothetical evil and real evil, and end up doing something about the former when they should be doing something about the latter.

As I write these words, it’s easier to trade weapons around the world than it is to trade bananas and iPads. Whether we’re talking about armed militias that terrorize civilian populations (Joseph Kony) or dictators that slaughter their people (Bashar Al-Assad) or insurgents killing American soldiers (the Taliban), the world has yet to come together to negotiate a treaty that would make it difficult for human rights abusers to purchase the weapons to commit their atrocities. The Arms Trade Treaty that’s under discussion is about regulating the international transfer of weapons, not the domestic gun laws of individual nations.

According to Amnesty International, the U.S. State Department has explicitly said regarding the ATT treaty, “There will be no restrictions on civilian possession of trade or fire arms otherwise permitted by law or protected by the U.S. Constitution.”

One would think that an explicit, unambiguous statement like this from the State department would settle the issue, but that hasn’t stopped Kerby Anderson from sending out emails to God- only- knows-how- many- followers to urge them to oppose the ATT treaty based on the Obama-is-coming-for-your-guns boogeyman. In an e-mail sent out on July 12th, Anderson writes to his followers:

“The Obama administration, working through Secretary of State Hillary Clinton, has been working to advance the United Nations Arms Trade Treaty. While some of the rhetoric may sound good on the surface, there is serious concern that this is an attempt at an end run around a Republican controlled congress to enact limitations on our second amendment rights.”

Based on what, Mr. Anderson?

The troubling part about the e-mail is that Mr. Anderson didn’t deem it necessary to provide evidence to back up his claim, which tells me that he took it as a given that his followers would make an a priori assumption that the claim is true regardless of what the State department has actually said.

Laying aside the question as to whether stricter gun laws here in the U.S. would actually constitute as an “evil”, even if Mr. Anderson’s position on domestic gun control were the correct one, that still doesn’t absolve him from the responsibility to provide credible evidence that the ATT provides an actual threat to the Second Amendment. Assuming that something is true doesn’t make it true.

After directing his followers to click on a link to sign a petition urging their Senators to “not vote for the ratification of this treaty”, the e-mail goes on to say:

“If the Senate, currently under control of the radical left -wing of the Democratic Party, ratifies this treaty it could be used to undermine our rights as American citizens.”

Could be, Mr. Anderson?

You’re opposing a not-yet-written treaty designed to make it more difficult for thugs, terrorists, and crackpot dictators to slaughter innocent people—something that’s actually happening—based on a could be?

Anderson closes out the email with,

“This is one of those times when all that is necessary for evil to triumph is for good men to do nothing.”

Or maybe sometimes it’s better for good people to make sure that the evil they seek to thwart is a real evil and not a hypothetical one. Millions of Christians in Africa are praying for the negotiation of a robust international Arms Trade Treaty. Unlike rich, white American radio hosts, they know what real evil looks like when unregulated weapons and ammo pour into their countries, ending up in the hands of militants that rape and slaughter their spouses and children.

Let’s hope that the prayers of millions of African Christians don’t go unanswered because of a few American Christians afraid that a Democratically-elected President wants to steal their guns so that a future dictator might have the power to haul them off to concentration camps.