Yes, our freedoms are under attack....but not in the way you might think 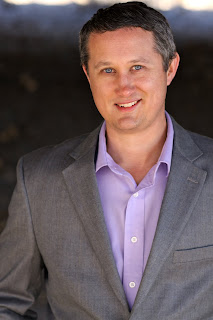 I don’t believe that Democrats are out to steal our guns and impose a fascist dictatorship. Neither do I believe that the Louise Giglio incident means that the president is launching a crusade against the first amendment rights of anti-gay Christians. I don’t expect black helicopters from the U.N. to descend on my backyard any time soon, and I highly doubt that the ACLU wants to forcibly remove Bible-believing Christians from the public square and install a secular dictatorship. And—for the love of God—can we please stop the Muslims-are-out-to-impose-Sharia-law-on-America conspiracy theories? All of these are standard nightmare scenarios propagated by the Right to scare people into voting Republican. Worse, they’re smokescreens from the real erosion of our civil liberties, an erosion that’s been taking place under both Republican and Democratic administrations. I’m talking about the erosion of our freedoms under the guise of the War on Terror.

To my conservative Republican friends, if you haven’t heard of the Supreme Court Decision Holder Vs. Humanitarian Law Project , you’re probably unaware that the missionary you write a check to every month could very well be imprisoned for sharing the gospel with anyone representing an organization that the government considers terrorist. This is a serious violation of your first amendment rights to freedom of speech and religion, and you can thank the Roberts court for that.

If you’re a peace organization or a charity organization, and the government wants to prove that you’re providing “material support” to a terrorist organization, the government can now use an “anonymous expert” to testify against you. In an article for the Washington Report for Middle East Affairs , Stephen Downs and Kathy Manley report on the “trial” and incarceration of five directors for the Holy Land Foundation, who were convicted of charges of providing “material support for terrorism”, essentially for feeding the poor and building schools and hospitals in Palestine.

The implications are enormous. The government can now criminalize political, religious and social ideology and speech. Donating to peace groups, participating in protests, attending church, mosque or synagogue, entertaining friends, and posting material on the Internet, for example, could later be found to be illegal because of "associations," manufactured by anonymous experts, which in some way supposedly supported designated terrorist organizations one has never heard of.

Yes, if the government wants to prosecute an American citizen of terrorism crimes that he or she isn’t aware of committing, they can produce an “anonymous” expert.

Of course, if the government doesn’t want to bother with prosecuting you, they can just hold you without charges indefinitely under the National Defense Authorization Act.

And if that doesn’t give you the heebie-jeebies—we can always talk about Obama’s kill list.

This is very true. I get continuously chocked seeing American Christians supporting full gun liberalisation because they are convinced that they will use them in a war against a future American dictator. But they are surprisingly blind to current democratic problems in the US.

Nice blog you have! I just found it through a friend, and I did a little reblogging of a post you wrote a while ago which I thought was brilliant: http://holyspiritactivism.wordpress.com/2013/02/16/aaron-d-taylor-merging-charismatic-and-mennonite-traditions/ I'm blogging about how to combine the charismatic movement with Christian activism, and I'm glad to see that you also like that idea. Hope we can stay in touch in facebook or something.

Hi Micael. Thank you for the morale-booster! I just checked out your site. You're a breath of fresh air my friend. Combining Holy Spirit power with peace and justice activism is an idea long overdue. Yes, let's keep in touch.

Hey Aaron, a few years ago I would not have agreed with this post. However, I heartily agree. It's time to see the 'propaganda' behind both sides of things and draw conclusions from a more accurate way of looking at things. - Your old bible college friend